Notes to the Program

Throughout Europe in the Eighteenth Century, opera was by far the most popular and successful kind of entertainment. Private and public theaters attracted the work of the best singers and the best scenographers.  The success of a certain opera could guarantee a composer fame and a prominent position in musical circles. That was the case for Händel in London, Vivaldi in Venice, and Platti and Hasse in Germany, all of whom enjoyed public acclaim. As a result, their published music became very popular. The favorite arias from the most famous operas were often available in every sort of edition and transcription, for professionals and amateurs alike, aimed to reach the largest possible amount of buyers. Instrumental music for various settings was also largely on demand, from the solo sonatas to the bigger ensemble settings required for the performance of concerti grossi.

The genre of the trio sonata is possibly the one which resembles most closely the action of a theatrical production. As on the stage, two instruments, like two actors, are in constant dialogue with each other, their musical interaction bringing to mind the emotional intensity of a story without words. The continuo is also taking part in the scene, at times functioning as a dynamic commentary, at others deeply involved in the counterpoint and in the narration of the story. Since the birth of the ‘genere rappresentativo’ (or “action in music”), composers strove to evoke human emotions and passions in their instrumental music. Most of the sources referring to late Sixteenth Century instrumental music compare the tasks of a musician to those of an orator, for both have the final goal of touching the audience’s heart. Ensemble music thus became the “Theater of the Instruments”. In every individual sonata movement a different situation and a different story are represented.

Striking evidence of how chamber repertoire was inspired by vocal music can be found in the first dated composition by G. F. Händel (1685-1759), the Trio Sonata no 2 Op. 2. This piece contains quotations from two operas by the Italian master Giovanni Bononcini (Cefalo and Polifemo), performed at the Prussian court and across German countries around 1702.

Händel’s meeting with Bononcini and with the Florentine Prince Gian Gastone de’ Medici, who showed him compositions in the latest Italian fashion, might have persuaded him to move from Germany to Italy, the land where opera was invented and flourished. This journey, started in 1706, brought Händel in touch with all of the most important operatic venues at the time, including Rome, Naples, Florence and Venice.

Rome offered a large variety of musical performance, making it particularly attractive to the young Händel. In Rome, sacred music was written for the multitude of churches (including St. Peter’s), but there were also oratorios, operas  in private and public theaters, and an infinite number of private musical events taking place in the palaces of the members of the Church, of noble families and of foreign dignitaries. Being in Rome gave Handel the opportunity not only to meet but also to master the style of such musical personalities as Arcangelo Corelli, Alessandro and Domenico Scarlatti, and Bernardo Pasquini amongst others, as well as many of the great Italian and European virtuosos.

Händel’s first Italian opera, Rodrigo, was performed in Florence in 1707. It was commissioned by the brother of Gian Gastone de’ Medici, the Prince Ferdinando. Ferdinando de’ Medici (1663-1713) was a great lover and patron of art and music, and a good musician himself (possibly a student of Alessandro Scarlatti). Ferdinando de’ Medici promoted operas in the many theaters in Florence, and he was very active in commissioning music and instruments for the magnificent Palazzo Pitti. Under his protection Bartolomeo Cristofori experimented and created the first piano, the so-called “Gravicembalo col pian et il forte”. The Scarlattis often performed for him, while both Antonio and Francesco Maria Veracini were permanent members of the musical society of his court.

The Passagagli Pastorali, on today’s programme, belongs to a manuscript collection of anonymous keyboard pieces originally in the possession of Ferdinando. Since he was known to have written music, and in absence of other sources for these pieces, the possibility of he himself being the composer seems quite reasonable.

Händel was in Venice in 1709 to present his successful opera Agrippina. Although there is no written evidence of it, it seems likely that he would have met Antonio Vivaldi (1678-1741) in that composer’s home city. Vivaldi was at that time seeking fame as a composer, and starting out on the first steps of his international career. In 1709 Vivaldi published the Violin Sonatas Op. 2, dedicated to the King of Denmark, who was then visiting the city. In 1711 Estienne Roger published Vivaldi’s very successful L’Estro Armonico, dedicated to the musician-prince, Ferdinando de’ Medici.

This collection of violin concertos made a deep impression throughout Europe. J. S. Bach transcribed several pieces of the collection as keyboard arrangements (including the Four-Harpsichord Concerto BWV 1065). Many musicians such as G. H. Stolzel, and J. D. Heinichen, came to Venice to have the chance to study with Vivaldi. It seems one of his favourite pupils was J.G. Pisendel. Thanks to Pisendel a large part of Vivaldi’s music became available at the Dresden court, and today it represents an important source for the music of the “Red Priest”. Only at a later stage did Vivaldi’s musical production turn more intensively to opera and secular vocal music.

Giovanni Benedetto Platti (1692–1763) was possibly a violin student of Vivaldi. He was also a singer and was able to play and to compose for a variety of instruments, including the oboe, the harpsichord and the cello. Unfortunately most of his stage works are now lost. He worked mainly at the Wurzburg court, where he arrived in 1722. Here his life became more stable, due to his new position and his marriage to the court soprano Maria Theresia Lambrucker.

The instrumentation of the Trio Sonata in g minor, on today’s programme, is not so common for the time. The unusual upper dialogists are the oboe and cello, which are supported by the basso continuo. This sonata can be found in Platti’s one and only surviving collection of 22 trios for different instruments and continuo.

Another happy musical marriage was the one of Johann Adolf  Hasse (1699–1783) and a Venetian virtuoso, the soprano Faustina Bordoni. Both of them had prestigious international careers in opera theater, and both were well acquainted with the most important musical personalities of the time (Händel, Bach, Quantz, Farinelli, amongst others).

Hasse was himself a tenor, performing in his youth in the theater in Hamburg. His fame as a composer started in Italy after six years spent in Naples studying with Alessandro Scarlatti. Very soon after this his tragic and comic operas became known all over Europe. His instrumental music no doubt stems from his time in Dresden during the 1730’s and 40’s. There his esteemed colleagues were Quantz playing the flute, Pisendel the violin, and S. L. Weiss the lute. Further evidence of Eighteenth Century taste for “theatrical” instrumental music is the fact that Weiss himself transcribed many of Hasse’s favorite arias for lute. Only a few autographs of Hasse’s chamber works have survived, many having been destroyed by the bombs of Frederick the Great’s attack on Leipzig in 1761, at the time that the publisher Breitkopf was preparing a complete edition of his music. Ironically enough, Frederick the Great, the musical prince, was an enthusiastic admirer of Hasse’s music. 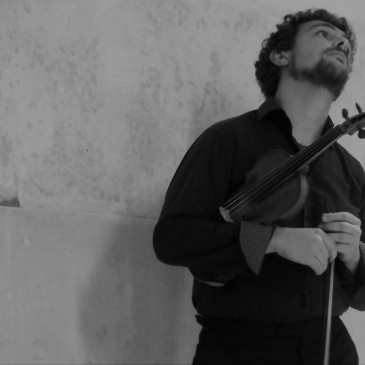 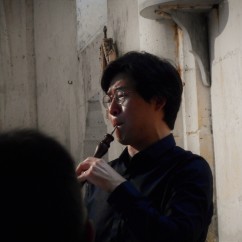 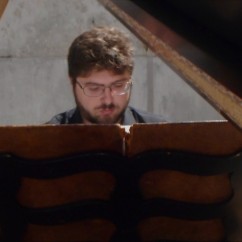 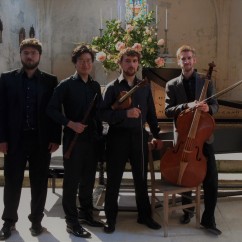 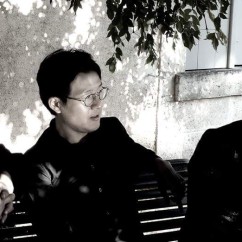 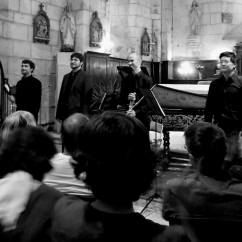 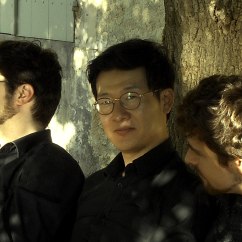